MSS Security is headed by executive management and specialist support that is responsible for ensuring full visibility and consistent service across Australia. However, each state and specialist division is headed by a General Manager who has full service accountability and management of their area’s performance, allowing them to provide efficient responses or make decisions on any issue affecting their business. 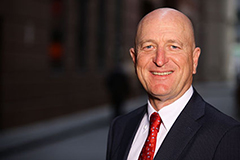 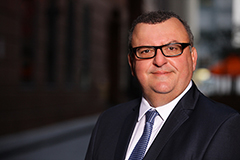 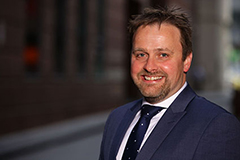 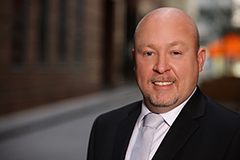 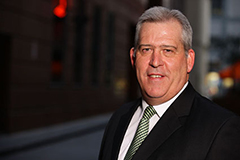 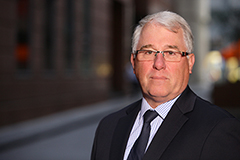 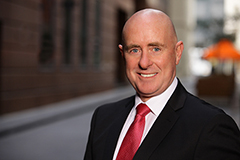 Mike has been involved in the security industry for more than 20 years and was on the board of ASIAL (Australian Security Industry Association Ltd) from 2010 to 2017.

Before joining MSS Security, Mike was the General Manager, Contracted Security Services Unit at Qantas. As a major user of security services, this role gave Mike an in-depth understanding of the security function from a client’s perspective.

Additionally, he has a wealth of knowledge and experience in security electronic wholesaling, safe manufacturing and distribution, alarm monitoring and electronic solutions. This experience gives Mike an unparalleled insight into all aspects of the security industry.

Geoff’s committed and collaborative approach fosters a culture of service excellence and is reflective of the positions he has held. Commencing with MSS Security in 2008 as General Manager NSW, Geoff was promoted to Executive General Manager NSW in 2014, and 3 years later became a member of the Board of Directors. In 2018, Geoff took on the role of Chief Operating Officer, and was appointed Managing Director in April 2019.

Geoff began his working life as an Electrician in the resource industry and has since completed a Diploma in Logistics and a Diploma in Security and Risk Management.

With experience across all market sectors, Geoff has developed a broad skill set where his multi-faceted leadership, ability to influence, and focus on process improvement has been successfully demonstrated.

Don is a Chartered Accountant in Australia and a Certified Public Accountant in the USA. He is responsible for the financial and commercial function at MSS Security, ensuring the company’s long-term financial stability and ability to continue providing our clients with best practice service.

He began his career at Price Waterhouse and has held senior positions at Henry Walker Eltin and Greater Union Cinemas.

Don has a Master of Business Administration from the Macquarie Graduate School of Management.

Having worked with MSS Security for over 25 years and more widely, across the industry for over 35 years, Nick’s experience in security and policing includes working with the Queensland Police Service and the Australian Federal Police.

Commencing with the business in an operational capacity, Nick was promoted to General Manager, QLD in 2004 and later (in 2015) gained the position of Executive General Manager, QLD & Strategic Medical and Rescue. In 2017, Nick was appointed as a member of the Board of Directors cementing his position as a true executive leader across the MSS Security Group. Nick’s comprehensive understanding of critical infrastructure and high-profile sites is demonstrated by his effective approach towards in-depth assessment and risk mitigation. His instigation and ultimately, introduction of the MSS Strategic Medical & Rescue business, led to an innovation solution for the MSS Group in delivering Emergency Service Officers and Paramedics to remote areas – a service that has added extreme value to the company’s wider service offering.

Currently, Nick is responsible for overseeing 1,400 employees and holds the title of Executive General Manager QLD and Defence, Head of Strategic Medical & Rescue and Board Director.

Matthew manages our Aviation Division and has more than 15 years’ experience in security and facilities management. He was previously MSS Security’s General Manager SA/NT for eight years.

He has a strong focus on managing client expectations and delivering high-quality outcomes through team leadership and strategic contact.

He has an extensive understanding of the business, having performed in a number of roles since joining MSS Security as our State Manager Northern Territory in 2004, after 15 years in retail management and the financial services sectors. In 2010 he moved to NSW to become State Manager Operational Performance, before relocating to Queensland in 2012.

By drawing on his experience and management exposure within MSS Security nationally, Jamie reinvigorated the south-east Queensland security guarding business and fostered significant relationships in the health, tertiary education and defence industries. He achieved this by focusing on operational and service delivery excellence, and empowering employees.

David has 13 years’ experience in the security industry, and more than 20 years’ with the NSW Police Force.

He has assessed, analysed and written more than 500 high-risk site assessments, and compiled a 125-page training manual about the lawful, appropriate and correct use of firearms.

David has diplomas in Security and Risk Management, Training and Assessing, and Business Management.

Paul has more than 18 years’ management experience in the security, cleaning and transport industries. From this has come a proven leadership ability and a high customer service ethic.

Having previously worked for MSS Security, when we were Chubb Protective Services, from 1995 to 2004, Paul understands the industry’s needs and is a well-qualified member of our business.

Before returning to MSS Security, Paul held senior leadership roles with Murray Logistics and the Spotless Group of companies.

Greig is responsible for service delivery excellence and continuous improvement for our valued clients nationally, in collaboration with our Executive General Managers and State General Managers.

A passion for customer engagement means Greig provides our clients with high levels of personal attention and responsiveness.

He has more than 10 years’ experience in the security industry, and has previously been responsible for managing commercial operations for organisations in Australia, New Zealand, Asia-Pacific and North America.

With over 15 years of business management experience and a career which has encompassed a number of strategic management and leadership roles, Geoff’s passion and focus on business development and continuous improvement has been evident since his commencement with MSS Security in 2017.

Having worked for multi-national companies such as TNT, Skilled Engineering and Toll Group, has contributed to Geoff’s effective leadership and success in business growth and improvement of service delivery and security solutions.

Geoff is responsible for managing the SA and NT business and the delivery of quality services for his clients. He is supported by an experienced management team and more than 700 security personnel. Geoff has a Diploma in Leadership and Management and a Diploma in Business.

Margaret has been with MSS Security since 2008. Before taking over leadership of the People and Culture Team she was the HR/IR Manager for Queensland and National Training Manager.

She is experienced in a wide variety of human resources functions, particularly as they relate to organisations with large workforces. These range from day-to-day problem solving, through to the review and transformation of company processes, the design of training programs, and matters relating to industrial relations, including but not limited to the negotiation of Enterprise Agreements and the representation of matters before a variety of jurisdictions.

He brings a wealth of knowledge and experience to the organisation and is responsible for managing and facilitating all national projects and initiatives to ensure the highest quality outcomes for clients using the most cost-effective means.

His role provides the necessary support to ensure the development of company initiatives and continuous improvement opportunities. Kevin is also responsible for service delivery of the National Operations Centre to business and customers.

Kevin is the President of ASIAL and a long-term Director.

Since commencing with MSS Security in 2014, Michael has demonstrated his strong operational knowledge across a number of sites which has led to an extensive understanding of the business.

With a Diploma in Security Risk Management and Certificate III in Security Operations, Michael’s work experience includes overseeing 400+ staff and has covered positions across aviation, cleaning and security sectors.

Penny oversees the legal function of MSS Security and its related Australian entities.

With more than 22 years of legal practice under her belt, she has exposure across a range of service and customer-oriented industries including retail, FMCG, fitness and ICT. Her security experience commenced in the late 1990s when she worked on a project setting up a security franchise on behalf of a large direct selling corporation. She joined MSS Security on a temporary basis from 2012 to 2013 and returned permanently in early 2017 as General Counsel. Penny has also worked for a top 5 legal firm, a government regulator and a number of companies – both private and public – sitting on the leadership teams of four of these.

Matthew has in excess of 20 years of experience in the security industry with a focus on security operations.

He has experience performing a range of roles including armed positions in the retail security sector with a majority of his experience working in a security supervisory position within our contracts with the Australian Defence Force (ADF).

With a Diploma in Business and having undergone Safety Leadership training, Matthew is able to utilise his extensive knowledge to effectively manage the operational aspects of his role as well as ensure all client expectations are met.

Matthew commenced with MSS Security in 2006 as a security officer and has progressed throughout his career with our business culminating in being promoted from State Operations Manager – Defence to General Manager NSW in 2018.